We all love movies that have a good storyline, are complex, and make us watch twice. Well, several science fiction, futuristic, and psychological movies are super complex, and make us appreciate the writers and directors worked hard to bring those films to life. If you also have an appreciation and liking for movies that you have to watch twice to understand, we have a complete list that you will completely love.

2001: A Space Odyssey is a movie made with special effects, creative set design, and great camera work. The movie is one of Stanley Kubrick’s best films so far, and was way ahead of its time. The story not only is based on science fiction but it also walks us through the journey about humanity’s evolution. The movie transitions from the most basic tool being a human’s bone, to one of the most modern and complex tools, a spaceship. According to some critics, the movie does not have an explanation and many dialogues, which makes it super complex. Well, the beauty of the film is in its silence and the mind-blowing as well as relaxing cinematography. The movie mostly follows a straightforward path until the last 30 minutes, after which the movie becomes more complex. When talking about complex movies, Stanley Kubrick’s 2001: A Space Odyssey is one of the most beautiful, subtle, complex as well as simple movies.

Fight Club is a cult classic starring Brad Pitt and Ed Nortan. While the film failed at the box office initially, it has now gained most mainstream success. The movie discusses Nortan who is a depressed insomniac and feels alienated by the world around him. Out of desperation to end his emptiness and to feel something, Nortan starts going to support groups. One day when Nortan meets Tyler he is very inspired by his ‘I don’t care’ attitude. The film is a satire, discourages consumerist behaviors, and has great dialogues that discourage the consumer-driver society. Fight club is a movie, which is also a wakeup call for those who are too involved in the materialism of today’s world. The movie is well scripted, well directed, the cinematography is perfect, the music and the dialogues are to live for. If you haven’t watched ‘Fight Club’ yet, you are missing out on a masterpiece.

Shutter Island’s story revolves around two US Marshals who investigate the disappearance of a murderer from the mental institution they are sent to. The asylum is for the criminally insane. Filled with twists and turns and attacks the senses of its audience. The movie is entertaining and beautifully shows you the vastness of human imagination. With all the puzzle pieces and suspense, the end will definitely leave you shocked and mind-blown.

Vanilla Sky is a psychological thriller with a hint of romance, science fiction, and crime. With Tom Cruise, Cameron Diaz, and Penelope Cruise’s acting, the movie is a made worth watching. After a car crash David Aames, a publishing magnate gets his face scarred. The accident changes his life and he starts questioning the existing reality of his life. The film is super complicated and it often takes people more than once to understand the real story of the film. Once you understand the movie it will blow your mind and will leave you thinking about it for days.

Globepredict.com is one of the best website where you find out latest news also click here infolism.com for more information. You can visit here time2business.net to know more and if you want to get various types of news then check out this site acodyssey.com

A Clockwork Orange is a true piece of art that revolves around the story of a teenager who goes through a series of extreme emotions in his life. The dystopian story discusses the psychopathic teenager Alex, who is convicted for the hideous crimes of rape and murder. In order to get his sentence reduced, Alex signs up for a government’s experimental program, which doesn’t go exactly as planned. Alex returns powerless to become the victim to his victims. The film discusses the two extremes of good and evil, and the nature of the powerful.

Inception is one of people’s most favorite complex movies of all times. With exceptional cinematography, the movie takes you on a rollercoaster ride. The high-end criminal Dom Cobb has a team who helps him get into people’s minds and steals what is most important to them, their ideas. The multi-layered plot sends people into a rollercoaster of actions. With the mind blowing storyline, visuals, and engaging plot, you will love the movie and will have to concentrate well to understand it completely. If you love complex films with a hint of romance, science fiction, as well as action, and still haven’t watched this masterpiece, you should waste no more time. For good TV and Internet Packages check out the internet and TV service providers at Buytvinternetphone.com. The packages are super reasonable, and you can easily find one that suits you considering the area you live in.

Donnie Darko is a movie that revolves around a troubled teenager Donnie Darko who sees a man in a bunny suit called Frank. Frank being in Donnie’s imagination makes her commit a series of crimes. The movie being messed up, also sends us through multiple emotions being hope, dread, love, laughter, as well as tears. Similar to some other films, Donnie Darko is super complex and requires more than one viewing for you to understand what really is going on.

Eternal Sunshine of the Spotless Mind

Eternal Sunshine of the Spotless Mind is a movie that has everything from drama, romance, to science fiction and a little bit of comedy. Starring Jim Carrey and Kate Winslet the film revolves around two lovers, who erase each other from their memories after their relationship goes downhill. The film not only is romantic, but also discusses the complexities of the human mind. The movie also teaches us that is not always a good idea to get your memories erased.

Well, the movies discusses above are super complex. If you haven’t watched any of these, you are definitely missing out. So, watch these films now, as they will change your views about life.

You may share your article on newsfilter and testrific. So that, your website rank on Google as well and get more information from accentwinepc and blendgood. Search on: timesweb.

Free download and stream movies and web-shows from Filmy4wap 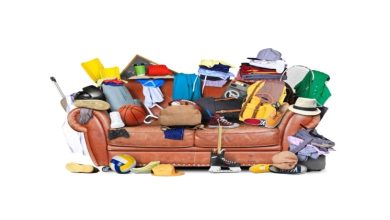 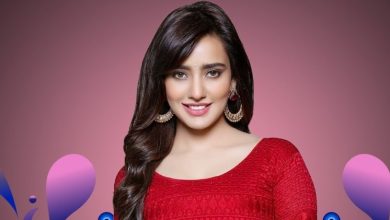 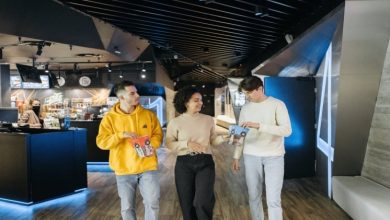 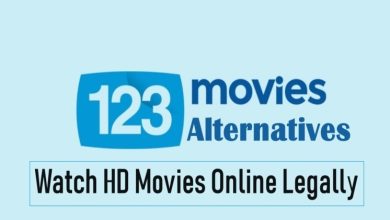